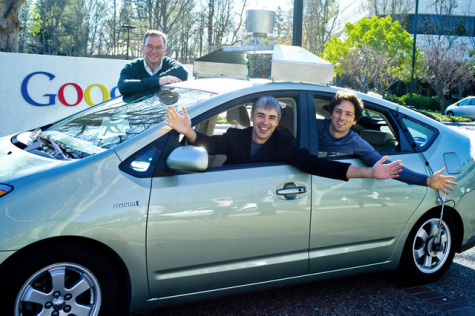 Source: www.businessweek.com
The Inspiration:
The Google driverless car project was the brainchild of Google engineer Sebastian Thrun. Thrun is also the director of the Stanford Artificial Intelligence Laboratory and the co-inventor of Google Street View.   Thrun's inspiration for the autonomous car project is the tragic loss of his best friend.  His friend was killed in a car accident at the age of 18.  Thrun began the autonomous car project with the intention of saving 1 million lives by the end of his lifetime.


Thrun first encountered the car in the DARPA Grand Challenges.  DARPA offered a $2 million prize to the developer of an autonomous car that could navigate in the desert.  That year there were over one hundred autonomous vehicles entered in the challenge, none of which met DARPA's challenge.  After observing the failures, Thrun and his Stanford colleagues began work on their own autonomous car. Thrun is quoted as saying “We built the hardware and the software. We made it learn from us, and we set it free in the desert.” The innovative car that Stanford had created ended up taking      home the grand prize, a cool $2 million.