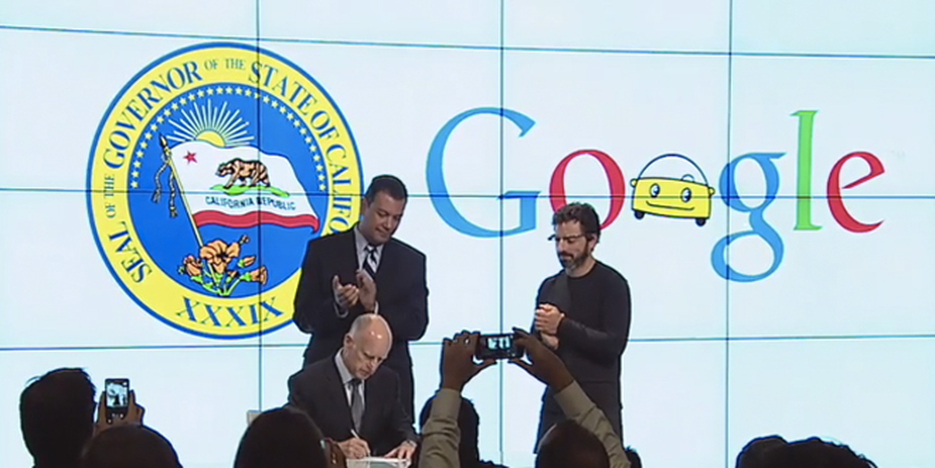 Source: Google/Youtube
The Google self driving car is currently only regulated in two states, California and Nevada. The other states that are currently considering legislation surrounding autonomous vehicles are Arizona, Hawaii, Florida and Oklahoma. Every law passed regarding autonomous vehicles has had significant influence from Google. In every other state the legality of the Google self-driving is a grey area. Currently Google tests the car with two engineers sitting in the front seats with the ability to take control of the car at any moment. The engineers view testing as lawful because they give full attention to the operation of the motor vehicle.

In California the legislation passed was Senate Bill 1298 which requires the DMV to draft regulations for Autonomous vehicles by January 1, 2015. The bill does require that a licensed driver be behind the wheel with an ability to take control at any time. The regulations that will be set by the California DMV are unclear.

Current regulation of self-driving vehicles presents a grey area because a spectrum of assisted driving technology exists. Many luxury cars have features like adaptive headlights or cruise control and park assist. Currently there is no strict definition of what level of assisted driving would require a vehicle to be classified as autonomous or require a driver to have an autonomous vehicle license endorsement.